Star Ocean (スターオーシャン, Sutā Ōshan?) is the first installment of the Star Ocean series, and the first game developed by tri-Ace. It was never released outside of Japan due to the closing of Enix's American division, Enix America Corporation. Star Ocean's plot features emotional levels between characters and a Star Trek-like story.

It received a manga adaptation called Star Ocean: And Then to the Far Reaches of Time. A remake of this game for the PlayStation Portable, named Star Ocean: First Departure, was released in December 2007.

Star Ocean features a real-time battle system, somewhere between action-style and turn-based combat: attacks are performed in real time, but an attack command must be selected for the character to move. Bringing up the rotary menu that enables using items, casting spells, or running from battle, pauses the game. The player has a party of up to four characters in random enemy encounters, and controls one character at a time, leaving the others to follow AI-controlled tactics. The player can toggle through the available party members and change the one currently controlled at any time.

In battle, the player has access to special abilities, which vary from character to character, by the use of Mental Points (MP). These abilities are categorized in two types: symbology and special arts. Symbology refers to what is commonly called magic in other RPGs, and have a wider range and array of effects than special arts. In contrast, arts consist of damage-dealing physical attacks and only two can be assigned to the

buttons. What is notably unique for a SNES game is that party members yell spoken dialogue during battle, and the player can hear them via the Sound Collection feature.

The storyline progresses normally, but it is heavily influenced by the player's actions, as several optional party members are available for recruitment, and their joining the party influences the recruitment of other characters. The player's actions also influence the relations between characters through private actions, small cutscenes and episodes featuring two characters which have an effect on the party's Affection Ratings. Depending on the points above, there are several endings available.

There is a wide range of items available—weapons, food, armor, accessories, materials and more—accounting for the complex Item Creation system. This mechanic requires that characters learn the different specialties, which in turn happens by acquiring skills with Skill Points (SP). These points are obtained via leveling up or by learning a talent.

Star Ocean takes place in S.D. 346 (A.D. 2432) of the space era, which began long ago when Earth first took to the star ocean by using warp technology. The game starts on the underdeveloped planet known as Roak, mainly inhabited by the Fellpool race and still unaware that there is other sentient life in the universe. A trio of childhood friends—Ratix, Dorn and Milly—go about their ways and protect their hometown, the small village of Kratus, from bandits as usual. However, Milly's father Martoth leaves after receiving news that a mysterious plague threatens the nearby town of Coule. As the town healer he hopes to help the victims, who are all turning to stone.

But he, too, is infected before long. The trio thus decides to set off for Mt. Metorx to recover the Metorx Herb, a legendary herb said to cure any ailment. What they find is more than they ever expected: Captain Ronyxis J. Kenny and Science Officer Iria Silvestoli of the Terran Alliance offer their help, revealing a complex situation of interplanetary scale. United under a common goal, the search for the cure will take them all on a fantastic odyssey across time and space.

The game's soundtrack was scored by the series's main composer, Motoi Sakuraba, and features tracks with a recurring tune that would later be used for Star Ocean: The Second Story's "Star Ocean Forever".

Tracks 21~32 in the second disc of the Star Ocean Soundtrack are original versions, but the other tracks have updated sound, recorded and mixed from the game's original MIDI data with new sound sources. It also received an arrangement album called Perfect Sound Collection.

Star Ocean was made by disenchanted developers from Wolf Team who had just made Tales of Phantasia (released in 1995) for Namco, which is the reason why it shares many of its features with Tales of Phantasia. The development cycle for Phantasia had been plagued with creative disputes between the developers and publisher, such as cutting half the staff and making massive changes to the game,[1] leading to much of the development team leaving to form a new company, tri-Ace.[2]

After Tales of Phantasia was completed, some of the designers felt that the core skill and item systems were too "generic", and for their next game they would make a much deeper gameplay experience. The Private Action feature was created to deepen the story, and to reveal more of the characters history, personality and relationships, but the score the game generated from various choices was hidden from players since there was no "right" or "wrong" story path. In order to tell a "bigger" story, space was chosen as the setting.[3]

Like Tales of Phantasia before it, Star Ocean stretched the power of the Super Famicom to its limits, with a total of 48 megabits of data (the most that could be stored in a cartridge). Star Ocean also used an S-DD1 chip to aid in compression of almost all graphics and map data, meaning that it effectively stored even more data than its predecessor.[4] The "Flexible Voice Driver" was again used to overcome the 64kb limit of the SPC700 chip by swapping bits of vocal samples, and event featured surround sound;[4] there were even more voices than in Tales of Phantasia (although they had to be stored at lower quality to fit within the cartridge limits).[2] Mode 7 graphics were generated using software, and appear when items pop out of treasure chests; the need for extra tiles, however, limited the graphical effects implementation.[4]

Planning for a sequel began as soon as development was completed on Star Ocean, and feedback about weak boss monsters later led to more challenging battles in Star Ocean: The Second Story.[5]

Despite appearing in North American video game magazine Nintendo Power in 1996, by then Enix America had ceased to publish games in North America due to poor sales, and Nintendo had already passed on publishing Tales of Phantasia the year before. Star Ocean thus never saw a release in the West. However, the game was unofficially translated into English by DeJap Translations, who created a patch that made the game fully playable in English via emulation and released it as Star Ocean: Fantastic Space Odyssey.[2] 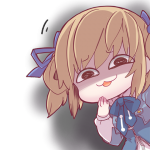 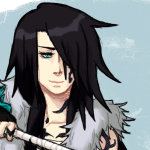 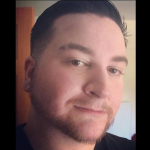