PlayStation
Star Ocean: The Second Story (スターオーシャン セカンドストーリー, Sutā Ōshan Sekando Sutōrī?) is the second main installment in the Star Ocean series. It takes place in S.D. 366, twenty years after the original game, Star Ocean. The game gives the choice of playing as Rena Lanford or Claude C. Kenny, with the journey evolving and ending differently depending on the choices the player makes.

It was the first game in series to be translated to English and it was released in the United States and Europe, gaining a large following. It received a remake for the PlayStation Portable, Star Ocean: Second Evolution, in 2008.

The game got a manga adaptation and later an anime series based on it, Star Ocean EX, in 2001.

The gameplay is very similar to that of the first Star Ocean, including the Item Creation and skill features. The player follows the central story and occasionally branching off to perform side quests. It maintains the four-character party, who gain Experience Points from battle and level up so as to become gradually stronger. They can use their Killer Moves or Heraldry in order to damage enemies.

Battles are action-oriented on a broad battlefield: they take place in real time, during which the player has full manual control over their lead character. The other three party members are controlled by the game's AI; the player may change an ally's Strategy to one of six different pre-determined options.

The game is unusual (compared to all other games in the series) in that it offers the player the opportunity to experience the storyline from the perspective of either the male or the female lead—Claude C. Kenny or Rena Lanford. This decision affects certain scenes that are only referred to in one path but are fully shown in the other, as well as determining whether or not certain characters can be permanently added to the traveling party.

It also has multiple endings, achieved through the Private Actions and Affection Rating mechanics. The exact number is often said to be 87, although it may really be 86 with two having minor differences. There is one ending for each character alone and one for each possible pair of characters, as long as these two characters can be in the party at the same time. There are also secret endings involving characters outside of the party. This adds a certain element of replay value to the game; to see all the character endings, it would be necessary to play through the game nine times or more.

The Second Story takes place in S.D. 366 (A.D. 2452). Claude C. Kenny, having recently been commissioned as an ensign in the Pangalactic Federation, is given his first assignment under the supervision of his father, Admiral Ronyx J. Kenny. The mission is to survey the planet Milokeenia, where a mysterious energy field has appeared. They find some alien ruins, where Claude examines a mysterious device that teleports him to the underdeveloped planet of Expel. At approximately the same time, Rena Lanford is resting is at the Sacred Forest just outside of her village, Arlia. She is assaulted by a monster, but Claude suddenly teleports into the area and rushes in to save her.

Once the monster is defeated, Rena decides that Claude is the 'Hero of Light' spoken of in legends on Expel. He has arrived, after all, at a moment of great danger to the planet, he wields a "Sword of Light" (his Phase Gun) and is dressed in "alien raiments". She takes him back to her village for corroboration. There, the town elder explains that a meteorite dubbed the Sorcery Globe is thought to be the harbinger of disaster since its impact three months ago. Hoping that it may be the key to finding his way home, Claude agrees to investigate it. Rena, still believing that Claude is the Hero of Light, joins him in a journey with incredible consequences.

The game's music was published in Star Ocean: The Second Story Original Soundtrack, which was composed and arranged by Motoi Sakuraba and has a total of 87 tracks over two discs. He also composed the arrangement album, which featured two unused tracks from the game ("Lavender", "This fragile life"). 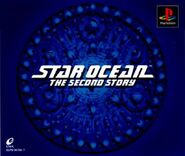 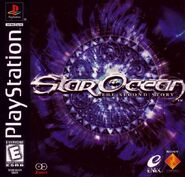 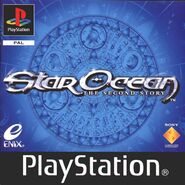 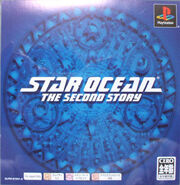