It has also a theme song, "Heart", performed by the Japanese group Asunaro, and three added tracks: "Come on Bunny" and "Mission to the Deep Space" from The Second Story's soundtrack, and "Mother Ocean" from the Star Ocean Perfect Sound Collection.

The first details about the game were revealed at the "Star Ocean Special Stage" during the Square Enix Party 2007, alongside those of Star Ocean: Second Evolution, which was released four months later. Yoshinori Yamagishi, producer of the series, stated that he wanted the remakes to feel as though they are completely new games.[2]

First Departure was produced using an improved version of Star Ocean: The Second Story's engine, which introduced prerendered backgrounds and 3D battle fields. The same engine was used for The Second Story's remake Star Ocean: Second Evolution, produced at the same time as this game. Production I.G provided the artwork and animated cutscenes for the game.[3] The voice actors were fully re-cast and it has massive amounts of voiced dialogue in comparison to the original. Plot-wise, it remains virtually unchanged, with some new additions regarding optional scenarios and the two new characters.

The English localization was handled by Nanica, Inc., with voiceover production services provided by Epcar Entertainment, Inc.[4] Recordings were made at the Oracle Post studios in Burbank, CA.

In May 25, 2019, Square Enix announced a high-definition remaster of the game with additional new features for PlayStation 4 and Switch, called Star Ocean: First Departure R. The release date and price were not announced, but it will be released worldwide. The announcement also showcased new character illustrations of Roddick Farrence, Millie Chliette and Dorne Murtough, all by Katsumi Enami (the character designer for Star Ocean: The Last Hope).[1]

Alongside the regular version of First Departure, a limited edition package, the Eternal Edition, was released. It included a branded PSP Slim & Lite and an alternate box art, and other accessories, such as a carrying pouch. It retailed in Japan for ¥24,840. 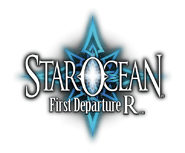