Reimi Saionji (The Last Hope)
A young woman from the Saionji family, one of the most prestigious on Earth. Her parents serve as board members of the Space Development Division of the USTA. Upon passing the USTA's examination, she was selected along with Edge as a member of the inaugural SRF team. A woman of both literary and martial talent, Reimi always looks out for those around her. Her skill with the bow is second to none, having mastered both Western and Asian forms of archery, and she uses it as her weapon of choice in battle. Friends with Edge since her childhood, she grew up with him like a sister, though her heartfelt concern for his well-being suggests a different sort of relationship may be blossoming.
Reimi may wear a bright, constant smile, but she's often very hard on herself, never complaining about her lot in life. Even so, she sometimes finds carrying the burden of the secret behind her birth to be nearly unbearable. She, along with Edge and Crowe, are Seeds of Hope- superhumans who were born with enhanced DNA. The environmental adaptation and cell-regeneration abilities she developed were first brought to light after a childhood accident; the reaction from others at the scene was enough to traumatize young Reimi. Upon learning the truth behind her birth, she resolved never to tell anyone, bearing the pain of the secret all by herself. She cursed her own existence, unable to accept herself for who she was, and she'll continue to carry that pain with her until the day comes when her powers are finally accepted...

Birthplace: Earth
Birthday: March 28th, 2077 A.D.
A young woman who played a integral role in fighting the Grigori—a group of mysterious beings destroying the universe—during the 10s (S.D.).
Reimi is a Seed of Hope—superhumans that, among other things, are highly resistant to disease. Having been called a monster throughout her childhood for it, she often curses her own existence.
She prefers to support people from the shadows rather than stand at the frontlines.

Birthplace: Earth
Birthday: March 28th, 2077 A.D.
A young woman who played a integral role in fighting the Grigori—a group of mysterious beings destroying the universe—during the 10s (S.D.).
Reimi is first mate of the SRF-003 Calnus, and always does what she can to support her Captain—Edge.
She and Edge are childhood friends. Reimi often finds herself caught up in situations that could have been avoided, had her dear captain's curiosity not gotten the better of him.
Official Reimi
Birthplace: Earth
Birthday: March 28th, 2077 A.D.
A woman who played a huge part in the battle during the 10s (S.D.) to destroy the Grigori, mysterious beings that bring about abnormal mutations in evolution.
After the formation of the Terran Alliance, she was appointed as first mate of the Logistics Department's solar system transport ship by Commander Kenny.
Having been asked by her mother to look out for the orphaned Edge, she quietly continues to carry out that duty.

Reimi was born in the aftermath of World War III to the prestigious Saionji family on Earth. Her parents serve as board members of the Space Development Division of the Universal Science and Technology Administration. A few years before her birth, her father discovered a lost genome in DNA samples from an ancient Muah sarcophagus (discovered by Arnold Maverick's team) that had the potential to help them produce individuals highly resistant and adaptable to harsh environments.

Due to humanity facing likely extinction, the government authorized Project Hope to be carried out through the cooperation of Dr. Maverick, Dr. Saionji, and the Almedio conglomerate. Reimi was thus one of the project's subjects, experimented upon before her birth. Her enhanced genes gave her exceptional environmental adaptation and cell-regeneration abilities.

Reimi was unaware of her status as a "Seed of Hope" until a childhood incident in 2086 A.D., when she was eight years old. During the incident, radiation poisoning killed every one of her friends except her, as her enhanced immune system was able to adapt to it, though not immediately. The reaction from others at the scene—the parents of the deceased saying she should have died instead—traumatized her. Reimi thus learned the truth behind her birth, but resolved never to tell anyone, not even fellow subjects Edge Maverick.

When Edge was orphaned, Reimi's mother asked Reimi to look after him. Like Edge and their senior and friend Crowe F. Almedio, Reimi underwent special training at the rigorous USTA Academy and passed an examination in order to join the inaugural Space Reconnaissance Force secret program. The three are selected for the inaugural SRF team. Reimi was assigned to the SRF-003 Calnus alongside Edge, while Crowe was named captain of the Aquila.

In Reimi's ending (shown if the player has enough affinity with her), Edge and Reimi are shown together on the new Transportation-Calnus two years after the events on Nox Obscurus. Wondering what their friends are up to, Edge assures her that they'll meet them again one day. After all, they're bound too, traveling across the universe together with each other. Reimi takes Edge's hand, and says that she'll be with him forever, no matter what happens, or what he says. Edge takes Reimi's hand back and nods, holding hands the two face the front of the ship, as Edge declares to the star ocean their advancement. It is hinted at that Edge and Reimi are either engaged or married as rings can be seen on their fingers during the scene.

This article or section is a stub. You can help the Star Ocean Wiki by expanding it.
Spoilers end here.

Reimi is demure, level-headed and dutiful, and is always quick to look out after those around her. Described as having literary and martial talent, she has mastered both Western and Asian forms of archery as a curiosity. Reimi usually wears a bright, constant smile, but privately she has a low self-image and is unable to accept herself, product of a childhood trauma related to her genetic abilities. She doesn't complain about her problems, bearing the burden of her birth by herself, while steadfastly restraining and supporting Edge. Despite everything, she simply wants to live a peaceful married family life like everyone else.

Reimi is the second playable character in Star Ocean: The Last Hope. She is a long-range physical fighter who uses bows as her weapon of choice. She has a high critical hit rate and hitcount skills making her a very good damage unit. She is responsible for progression in the Cooking specialty. Her initial Field Skill is Harvesting, which allows her to obtain items at harvesting points.

Reimi has appeared in Star Ocean: The Last Hope and Star Ocean: Anamnesis as a voiced role.

Reimi appears as an obtainable playable character in the Final Fantasy series as part of a collaboration between Final Fantasy Brave Exvius and Star Ocean: Anamnesis. 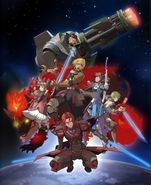 Artwork with Edge, Faize and Lymle.

Artwork with Edge and Myuria. 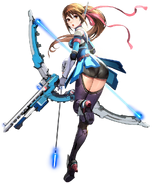 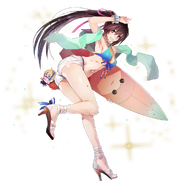 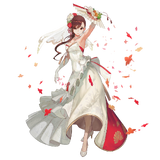 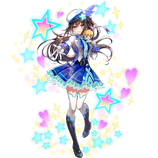 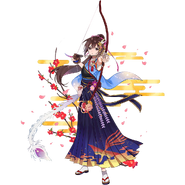 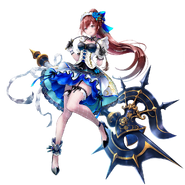 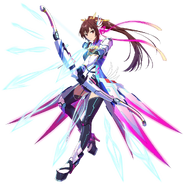 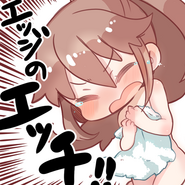 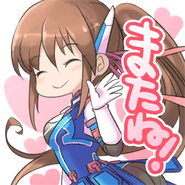 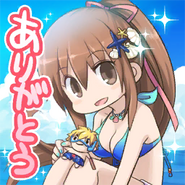 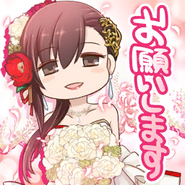 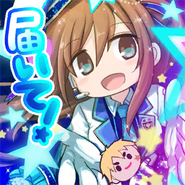 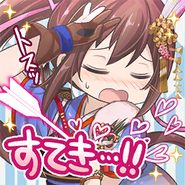 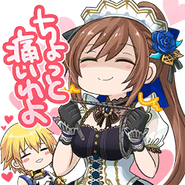 Stamp with Edge: "This will sting a bit." 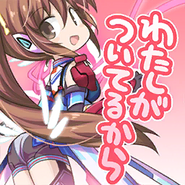 Stamp: "Because I'm with you." 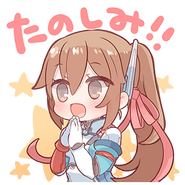 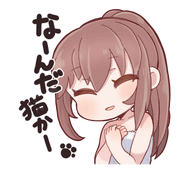 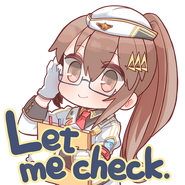