Katie Leigh (SO1FD/R)
Ina Marie Smith (SOA)
Millie Chliette (ミリー・キリート, Mirī Kirīto?, lit. Milly Kiliet)[1] is one of the main characters of the first Star Ocean, as well as its remake, Star Ocean: First Departure. A young Fellpool, she is the daughter of Martoth Chliette, the hometown's healer, and as such, she is proficient in healing symbology herself.

Birthplace: Kratus, Planet Roak
Birthday: July 15th, 328 S.D.
A young girl who played a part in the war between the federation and planet Fargett's Jie Revorse in the 340s (S.D.).
During her travels, she taugh Ronyx--a federation captain--symbology and is the reason why the federation began researching this art.
She is very self-conscious about her childlike appearance, which is why she admires more mature women.
Millie loves fruit parfaits.

Birthplace: Kratus, Planet Roak
Birthday: July 15th, 328 S.D.
A young girl who played a part in the war between the federation and planet Fargett's Jie Revorse in the 340s (S.D.).
Millie departs for the former planet Roak in an attempt to save her father, Martoth and friend, Dorne, who had been infected by the petrifying virus.
While somewhat naive, she has a sharp intuition and demonstrates an extraordinary ability to focus in difficult situations.

Millie was born and raised in the village of Kratus, where she became childhood friends with Roddick Farrence and Dorne Murtough. She accompanies them to the Calnus, and she cries when Dorne is petrified, who gives her his sister's music box as a remembrance. She is the second to enter the Time Gate, and she ends up with Ronyx.

She most likely transplants a symbology tattoo on Ronyx, as he tells her not to recall what happened and bribes her with fruit parfaits. She also convinces Ronyx to find a new weapon. Millie also takes a liking to Mavelle, who is cold to everyone. Once she becomes Erys, she claims that she wants them to be friends.

When the party defeats Asmodeus, she is used as a hostage by the Fargett soldiers sent to take a sample of the fallen superhuman's blood and leave her with her friends once they got what they came for. Thankfully, this leaves the heroes the opportunity to take a sample of their own for a vaccine to counter the outbreak on Roak. This also restores Dorne to his healthy state, who jokes about taking his music box back from her.

Millie is later brought back to the Calnus with Roddick, reuniting with her friends for the assassination of Jie Revorse, though she is ambushed with her friends by the soldiers. She is then captured along with two of her friends when the others flee during a distraction created by the resistance force opposing Jie and brought to their interrogation center.

Thankfully, she is later rescued by the rest of the group and joins the heroes in the final battle against Revorse, and returns home with Roddick once Jie is no more.

Millie is a friendly, caring and cheerful sort, but can also be hotheaded and angered easily. She also has a crush on Roddick and shows a jealous streak whenever other pretty girls pay attention to him or whenever he's nice to them.

Her favourite food are fruit parfaits.

In Star Ocean and its remake, Millie is one of the initially available characters, the others being Roddick Farrence and Dorne Murtough, but she is temporarily separated and rejoins the party either at Eckdart or Silvalant City depending on the characters recruited by the player. She is able to equip rods and cloth armor. Her symbology skills are Major Healing, Minor Destructive, and Major Supportive.

In Star Ocean: Anamnesis, Millie is a playable character, and currently has three variants: "Millie", "Were-Millie" and "Summer Millie". 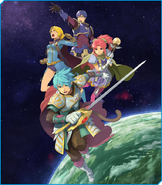 In First Departure R key visual.
Add a photo to this gallery

Millie (SSR).
Add a photo to this gallery 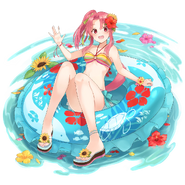 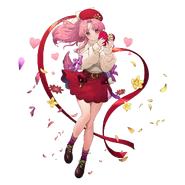 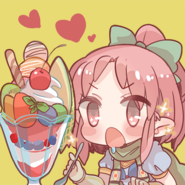 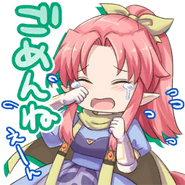 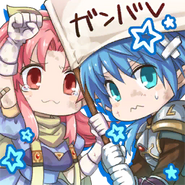 Stamp with Roddick: "Do your best!". 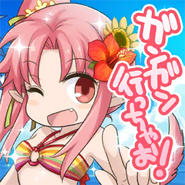 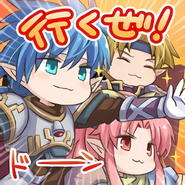 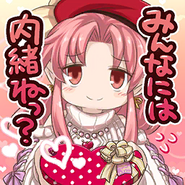 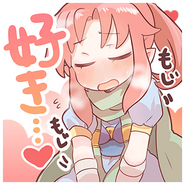 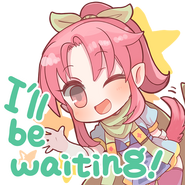 In Tales collab illustration by Yukihiro Kajimoto.
Add a photo to this gallery