Kanae Itou
Mastema (マスティマ, Masutima?) is one of the main characters of Star Ocean: Anamnesis, who first appears in the second episode called -Twin Eclipse-. The curator of the symbological museum Ex Ziva, she is the master of Daphtine's moon, which shares her name.

Mastema employs a neutral tone and at first glance has a seemingly detached personality. Rarely if ever ever showing interest in things or people, she is the type that lives freely and cannot be controlled. However, she has a childish side that likes to tease others, often making fun of Ricardo or causing incidents to stir others' emotions.

Mastema is a an optional playable character in Star Ocean: Anamnesis, and currently has two variants: the standard "Mastema" and "Sage Mastema". In her base version, Mastema is an Invoker, or symbologist, who uses tomes and offensive fire and light-elemental spells to damage her enemies. 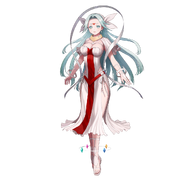 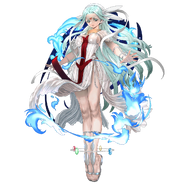 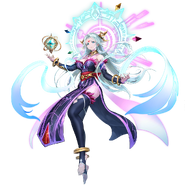 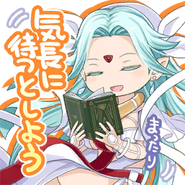 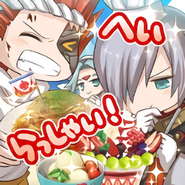 In Michael and Lucifer's stamp: "Hey - come on in!" 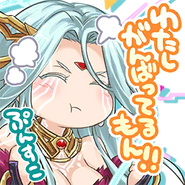 Mastema in the manga.