Anamnesis -The Beacon of Hope- novel
The GFSS-3214F (ＧＦＳＳ-３２１４Ｆ, Jiefuesuesu Sanni'ichiyon Efu?) is a starship in Star Ocean: Anamnesis. It is a Pangalactic Federation hybrid research vessel, designed for both combat and exploration, that is commanded by its unnamed captain.

The vessel is equipped with an AI, Coro, who is in charge of its supervision. He handles the ship's operation, repairs and helm. Designed with both exploration and combat capabilities in mind, its main purpose is to find new planets and civilizations, where people can immigrate and expand the Pangalactic Federation.

It can be inferred that the ship is rather large as it is able to accommodate many passengers and crew members; if all non-collaboration characters are taken into account, it can house up to 92 people on a permanent basis. The ship has medical, research, and combat training facilities on board. However, the built-in Battle Simulator appears to be malfunctioning, resulting in its ability to transport crew to different spatial-temporal coordinates at random. Despite repeated efforts to realign the system, it remains a source of frustration for Coro. Nonetheless, it allows crew members to investigate various anomalies in the universe firsthand. 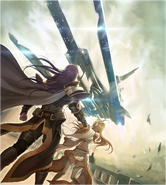 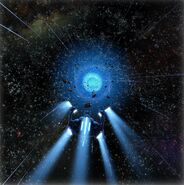 Flying near a star. 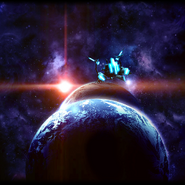 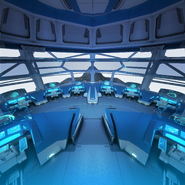 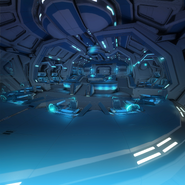 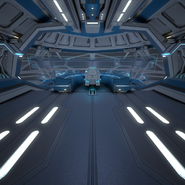 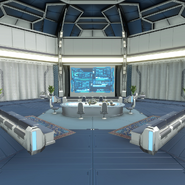 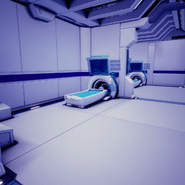 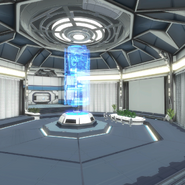 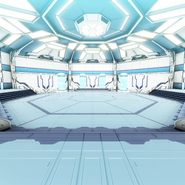 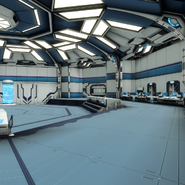